How Psychedelics may Rebuild Broken Brains

How Psychedelics may rebuild broken Brains? The therapeutic potential of psychedelics has been giving hope to a variety of people struggling with their mental health. Although they’ve been outlawed for decades, they seem to relieve some symptoms both long-term and short-term.

There’s a growing number of well-respected scientists who study psilocybin and it is finally yielding positive results – not only because it might be beneficial to patients but also because it provides insights into how psychedelics reset the brain. If the latest results stand up to closer scrutiny, they will transform the way we understand and treat mental illnesses.

The idea that psychedelics might be used for mental health treatment goes back to the 1950s. Later on, psychedelics ended up becoming a part of the counterculture and by the 1970s, they had been banned in the US, Canada, and Europe. Research then came to a halt.

Our Most Recommended Product: 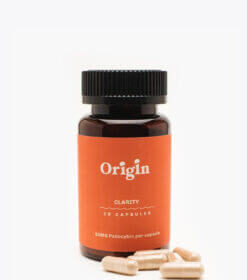 In the meantime, selective serotonin reuptake inhibitors (SSRIs), which are commonly used to treat depression, have taken the crown and prevailed over alternative remedies although they are only proven to work for 1 every 5 people. Even when they are efficient the treatment can have very acute side effects. Additionally, there’s a shortage of new options to treat other mental illnesses and this is one of the main reasons why the psychedelic comeback has been so alluring.

The first shift happened in the late 1990s when the American not-for-profit Multidisciplinary Association for Psychedelic Studies (MAPS) pushed for more research and was ready to face the grueling process to get approved by the FDA.

Two decades later, the psychedelic renaissance is underway. There have been several unexpected discoveries in the pages of leading scientific journals and clinical trials are also making fast progress.

If we are to take anything out of this, psychedelic substances such as Magic Mushrooms might have a much higher impact on mental health than we have perceived them to have.  Psilocybin, the main active ingredient in mushrooms is starting to feel like it’s the real deal: A genuinely effective and long-lasting treatment for depression.

Tom Insel,  director of the US National Institute of Mental Health mentioned in an article for New Scientist that he is “excited to think that there might be compounds that could be used in a new way to give us something that will make a difference for people who haven’t received much assistance from the drugs we have.”